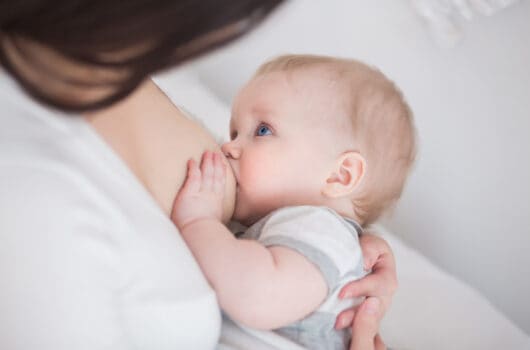 In most cases, contraception methods most commonly used by women aren’t generally considered to cause harm to breastfed babies, though there are exceptions. Barrier methods and progestin-only chemicals are generally regarded to be safe, but contraceptive methods that contain estrogen can harm your milk supply.

Here, we take a look at everything you need to know about birth control for breastfeeding moms so you can be well-informed when making the right choice for your needs.

Can I Use Barrier Contraception Methods When Breastfeeding?

Barrier methods block the sperm from getting into the uterus to fertilize an egg. Many options exist, and you can get most of them over the counter. These methods are all suitable for use as soon as you’re ready to have sex again after giving birth, since they contain no hormones that could affect your breastmilk supply. 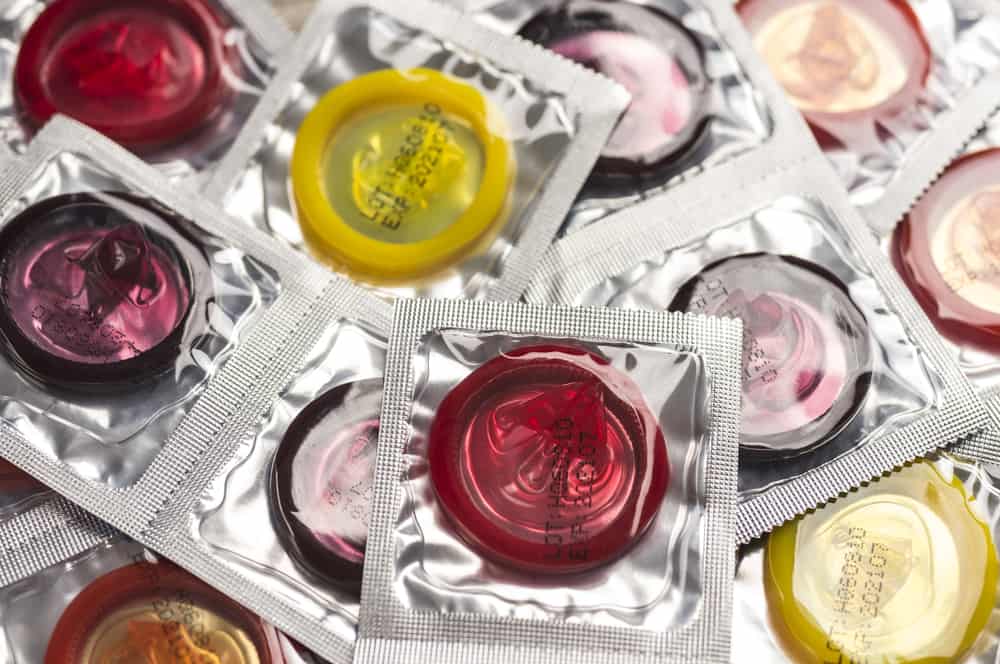 Condoms are the most popular form of barrier contraception, working by stopping sperm from entering the vagina. Both female and male condoms are on the market and you can find varieties that are made from latex and those that aren’t as well as lubricated, non-lubricated, and spermicidal varieties.

As the only kind of contraceptive that helps protect from sexually transmitted infections, they’re a common choice and when used correctly, they’re around 98% effective. They can be even more effective if used alongside other forms of contraceptive such as spermicides, mini-pills or other natural family planning options.

Made from polyurethane foam, this contraceptive is inserted into the vagina to block sperm from getting into the uterus. Around 88% effective, this method becomes less effective in women after they’ve given birth. The sponge also contains a spermicide to immobilize sperm before killing in. It must be left in position for a minimum of six hours before having sex, but it cannot be left in place for over 24 hours.

Made from silicone, this small cup is inserted into the vagina 2 hours or less before sex to fit over the cervix and keep sperm from getting into the uterus. You must be fitted for your diaphragm and after childbirth you must get a new one since your cervix will have changed during labor and delivery. This contraceptive method is around 60% effective in women who’ve already had a baby and spermicide has to be used to obtain this level of effectiveness.

These can be put into the vagina 6 hours or less before having sex. They are 71-86% effective but can only be obtained via prescription as they must be fitted for size. If you had one before your pregnancy, you’ll need to get a new one fitted as the cervix changes after you deliver your baby. Caps must be used with spermicide to obtain this level of effectiveness.

Can I Use Contraceptives That Only Contain Progestin? 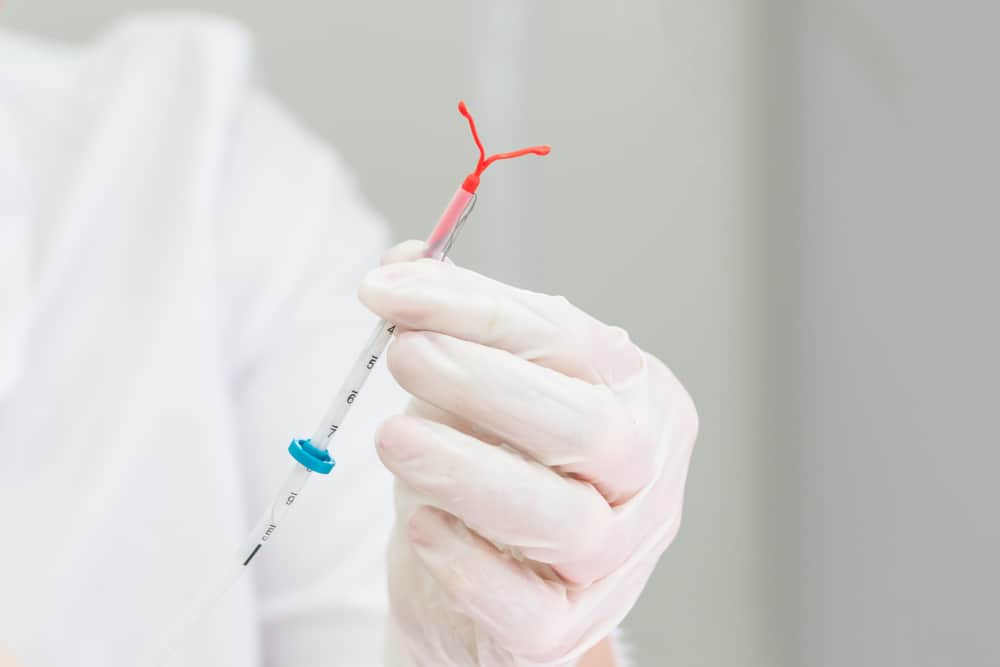 Contraceptives that only contain progestin are the best option for breastfeeding women if a hormonal method is necessary or desired. There are several forms of progestin-only contraceptive, including:

In most cases, contraceptives that only contain progestin don’t cause any problems with the mother’s milk supply when they’re started after 6 to 8 weeks following the birth and when given at a normal dosage.

There are some reports that indicate that in some cases these pills can cause issues with milk supply, though, so if you’re opting for one of these methods, caution is still advised.

Should you wish to try a long-lasting form of contraceptive that only contains progestin, such as the Depo-Provera injection which lasts for a minimum of 3 months, or an implant or IUD that lasts for between 3 and 5 years, it’s always recommended to try the mini-pill for at least a month before you make a final decision about the long-term type of contraceptive.

That way, if you discover you’re one of the women who sees their milk supply dropping significantly when on this type of birth control, it’s easy to stop taking the pills. That’s a better option than trying to cope with a low supply of milk for months until either the injection starts to wear off or the IUD or implant gets removed.

Bear in mind, though, that progesterone-releasing IUDs deliver their hormones straight to the uterine lining, and this only causes progesterone levels within the bloodstream to increase very slightly. This means the chances of any side effects are far fewer from the IUD than from taking the mini-pill or having the injection.

Are Combination Contraceptives Safe to Use? 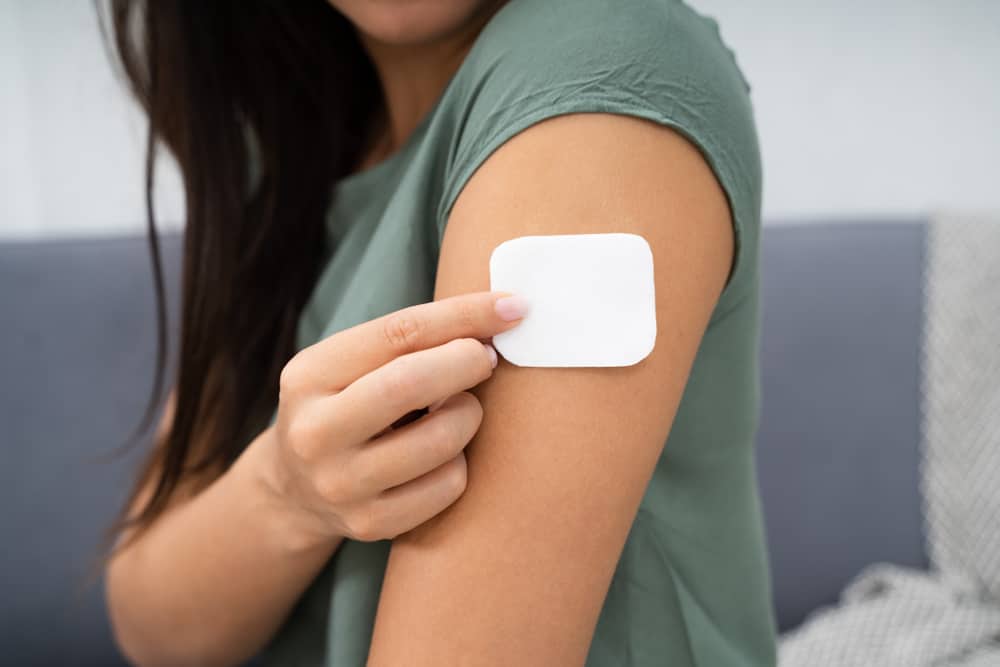 Combination contraceptives have both estrogen and progesterone in them. They’re available in a number of forms, including:

Contraceptives that contain estrogen are linked with a poor milk supply as well as a shorter duration of breastfeeding. This applies even if the contraceptive is only taken for the first time when the baby is older and after the supply of milk has been well established.

Although not every mother who takes estrogen-containing contraceptives will end up with a poor milk supply, those who are unaffected are in the minority. Experts have said that mothers experiencing issues with their milk production as well as those who breastfeed their older children of 1 year or older should be very cautious about using this contraceptive type.

Is Natural Family Planning a Good Option for Breastfeeding Women?

Sometimes known as “fertility awareness,” NFP or natural family planning is a hormone-free option, but it needs you to pay attention to certain details. You can approach NFP in several ways; however it boils down to making sure you’re paying attention to the signals your body is giving you.

You have to be aware of the natural rhythm of your body and the length of your cycle. In most cases, it will be 26-32 days in length, but this isn’t always the case for every woman.

Also, you’ll need to observe your cervical mucus and take your BBT (basal body temperature) every morning with a special type of thermometer to check for temperature dips or spikes that indicate ovulation is occurring.

Nevertheless, it’s hard to be sure when your fertility will return after you give birth. A lot of women who’ve given birth have no period before ovulating again. Also, the first couple of cycles you have after delivering your baby could be irregular or different from those you used to have.

Therefore, should you opt for this contraceptive method, you need to learn as much as you can about your cycle calendar, monitoring your mucus, keeping track of your temperatures and spotting other ovulation symptoms.

NFP methods are about 76% effective as long as you consistently practice them correctly, so even in the best case they’re not the most reliable method of contraception. If your periods have always been irregular, NFP is a bad choice of contraceptive method. Also, if you’re breastfeeding, you may have an unpredictable cycle. This means that using another method as backup, such as a diaphragm or condoms, would be a good idea to guard against an unwanted pregnancy.

When you’re absolutely certain you want no more children, you may want to be sterilized. There are several names for female sterilization including tubal ligation and tubal sterilization. This birth control method is permanent since your fallopian tubes will be blocked or cut to stop you from getting pregnant. Your cycle won’t be affected by sterilization.

Some women opt for this procedure when they’re having a C-section delivery, but they can also have it done after giving birth vaginally. The risks associated with the procedure are similar to those associated with other types of abdominal surgery, such as bad reactions to the anesthetic, abdominal or pelvic pain, or infections.

Your lactation consultant or doctor will be able to determine when it’s safe to breastfeed again after having surgery and taking painkillers or other medications.

You may be able to opt for a non-surgical form of sterilization, but this can take as long as 3 months to become effective, while a tubal ligation takes effect straight away.

You should be aware that, although it’s technically possible to reverse a tubal ligation, the chances of success are low. For this reason, sterilization is only suitable for women who are absolutely certain they’ll never want to have a baby again.

Am I Able to Take the Morning-After Pill When Breastfeeding? 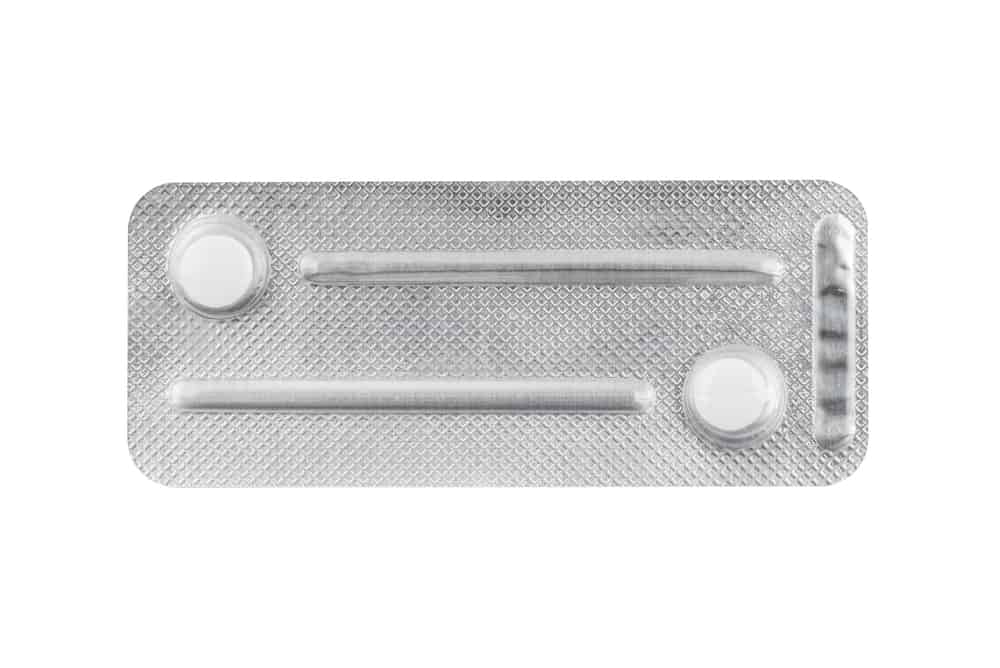 Two products are currently marketed as morning-after pills. One only contains progestin, whereas the other contains both progestin and estrogen. Ideally, you should only take the progestin pill while breastfeeding, though you may take an estrogen-containing pill if it’s your only option—just be aware that it may harm your milk production for a short period.

Estrogen has particularly been linked with a low supply of milk in breastfeeding mothers. This means milk supplies may drop a little a couple of days after you take the emergency contraceptive pill however, they should rapidly return to normal afterward.

Only very young babies of under six weeks of age may be an exception – their immature livers may not be capable of metabolizing the hormones properly which pass through the breastmilk. Hormonal contraceptives could cause babies to be fussy because the hormones can cause some reduction in the lactose/nitrogen/protein content of breastmilk.

Can All Mothers Use Hormonal Contraceptives When Breastfeeding?

Although most women can use hormonal contraceptives safely while breastfeeding, some are advised to discuss their use with their doctor first. Women who suffered from gestational diabetes in their pregnancy, for example, may want to avoid using the mini-pill since it has been linked with an increased chance of non-insulin-dependent chronic diabetes.

Is Breastfeeding a Contraceptive?

Many women believe that breastfeeding can be used as their only form of contraception. However, this isn’t always the case. Breastfeeding will reduce your chance of getting pregnant, but only if you’re breastfeeding exclusively and not giving your baby any additional liquids or solid foods.

Not only that, but the method can only be relied upon for 6 months following the birth, and in order for this method to be successful, feeding your little one every 4 hours in the daytime and every 6 hours during the night is required.

Women ovulate before getting their first period post-partum and usually, they don’t know if or when this occurs. This means that there is always a risk of becoming pregnant if you’re breastfeeding and you certainly can’t use this method if you have already had your first period after the birth. On the whole, it’s just too unpredictable to reliably work.

Should you want to avoid getting pregnant while you’re breastfeeding, you should discuss your options with your doctor. Lots of options are suitable for use by breastfeeding women, and some won’t just prevent you from getting pregnant but will also protect you from STIs. It’s important to make the right choice for you when you’re selecting the right birth control to use during breastfeeding. Since maintaining your breastmilk supply is important, making a contraceptive choice that won’t interfere with feeding your baby is vital.