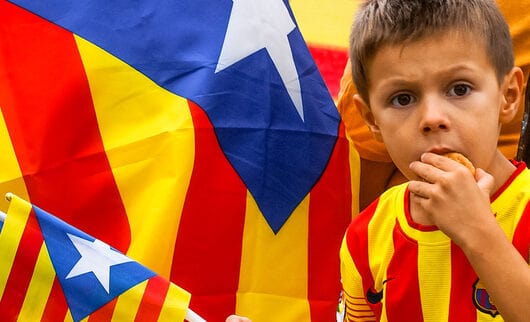 Catalan is an ethnic group originating in Spain and France from the merging of Celts and Romans. It is currently a semi-autonomous region of Spain and the Catalan language is a Romance language like French, Spanish, and Portuguese. As such, many of their customs and names are very similar to the surrounding regions that are better known.

For example, you will likely recognize the name Alexandre, meaning ‘defender of men’ although you have probably seen it more commonly spelled Alexander. While this is a small variation in spelling, other recognizable names have been changed quite significantly.

Not all Catalan names are variations of names from other cultures, in fact, the Catalan name Iker, meaning ‘visitation,’ is rising in use in other countries because of the popularity of the Catalan soccer player of the same name.

Oriol, meaning ‘golden,’ is another name of purely Catalonian origin, popular in Catalan but not as well known in the rest of the world. If your child has blonde hair or a caramel skin tone, describing them as a ‘golden child’ would be fitting and sweet.