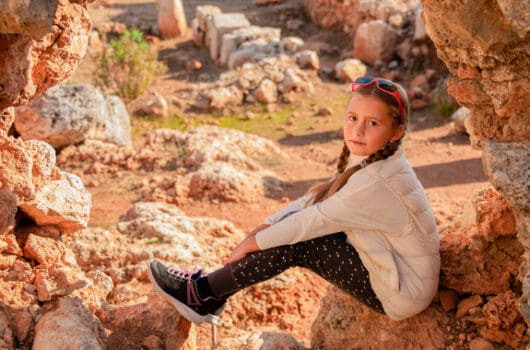 Phoenicia was an ancient civilization that existed from 1550 BCE to 300 BCE. The Phoenicians are famed for their commercial and maritime prowess, amongst many other things. Today, many lovers of language and history choose to honor this civilization by giving their children Phoenician names. You’ll find some of the most popular and modern Phoenician girl names on our list, and some lesser-known ones, too.

If you or your partner are musicians, you may take a liking to the name Anath. This Phoenician girl’s name has Hebrew roots and isn’t very common, but it has a beautiful meaning, which is “to sing.”

Another uncommon but stunning Phoenician name is Asherah, which means “she who treads on the sea.” It is often adopted by parents who have a profound love for the ocean, but may also be given to girls who are born under a water sign, such as Cancer, Pisces, or Scorpio.

If you’d like to select a Phoenician girl name that has some weight in America, you might take a liking to names like Alissa, Jessabel, and Monica. The name Alissa means “noble” and is of Phoenician and Hebrew origin, which is also the case for Jessabel, which means “not exalted.”

Like Jessabel, the name Monica is well-known in America. However, the popularity of these names dived after the 21st century. Monica is a Phoenician name with Latin and Greek roots, meaning “solitary or to advise.”