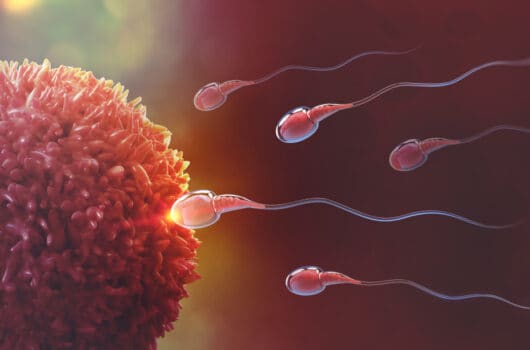 Science has described the processes involved in human reproduction in great detail. However, the question of when conception occurs remains controversial. Is it the moment a sperm cell contacts an egg? Or maybe when a fertilized egg implants into the uterus? This guide will present the two most widely-accepted definitions, and introduce you to the parts and processes involved in early human development so that you can understand everything about conception.

When Does Conception Occur?

The concept of “conception” is a term used to denote when the new human life has begun. Two general definitions are used by the majority of society to define when conception occurs.

The first defines conception as the point of initial fertilization of the mature egg, roughly five days after sex. In this definition, the new human life starts at the moment a sperm is able to penetrate the mature egg.

The second major definition of conception occurs at the point of implantation, about six to twelve days after fertilization. This point marks a time when the embryo will start growing rapidly, being aided by nutrients from its surrounding mother. 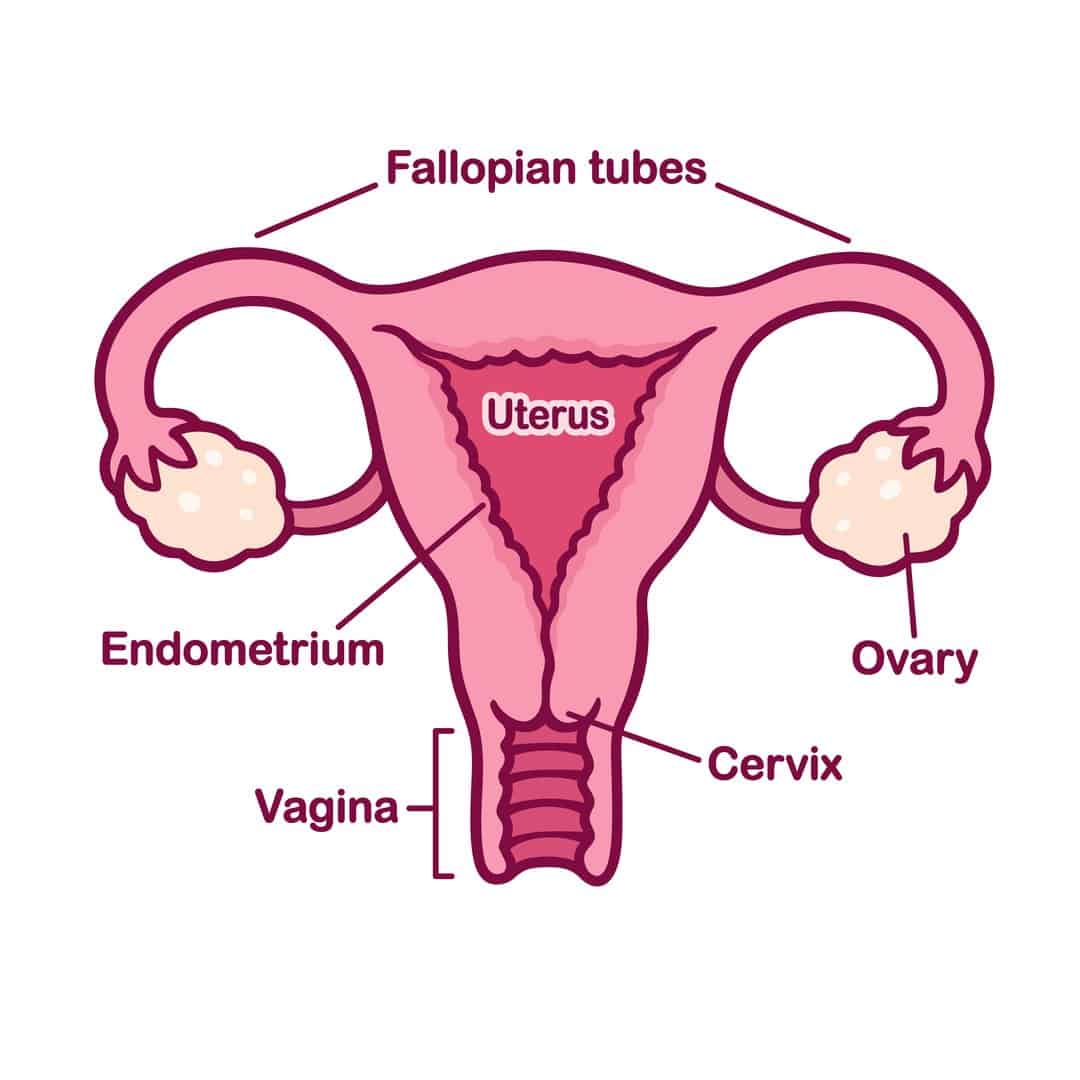 The overall process of human reproduction is that males produce sperm which need to fuse with eggs produced by females. But in order to talk about things like fertilization, implantation or conception, we first need to know what structures are involved. Like all of medicine, the different parts of the human body, the anatomy, have specialized names. Because human reproduction occurs inside the female, we’ll look at the relevant anatomy of the female reproductive system.

Ovaries are the source of the female eggs. Each female has two ovaries, a left and a right one, that can vary in size and shape but are each generally about the size and shape of a walnut. A female is born with ovaries that have about one million eggs each. One egg matures and is released by an ovary each month.

The egg released by an ovary is funneled into a structure called the fallopian tube. These tubes have one end near the ovary to capture the released mature eggs and the other attached to the uterus. The inner walls of the fallopian tubes are covered with small hairs called cilia. These continuously sweep in the direction of the uterus, helping move a mature egg towards the uterus.

The uterus (also called the womb) is like a hollow upside-down pear-like structure that functions to house a developing human (also called an embryo or fetus, depending on how far along it has developed). The uterus has three openings: one large one and two smaller ones. The large opening attaches to the vagina, which allows both sperm to enter as well as provide the pathway for a baby to leave during childbirth. The other two openings are entry points for the female eggs to enter the uterus.

The Process of Making a New Human 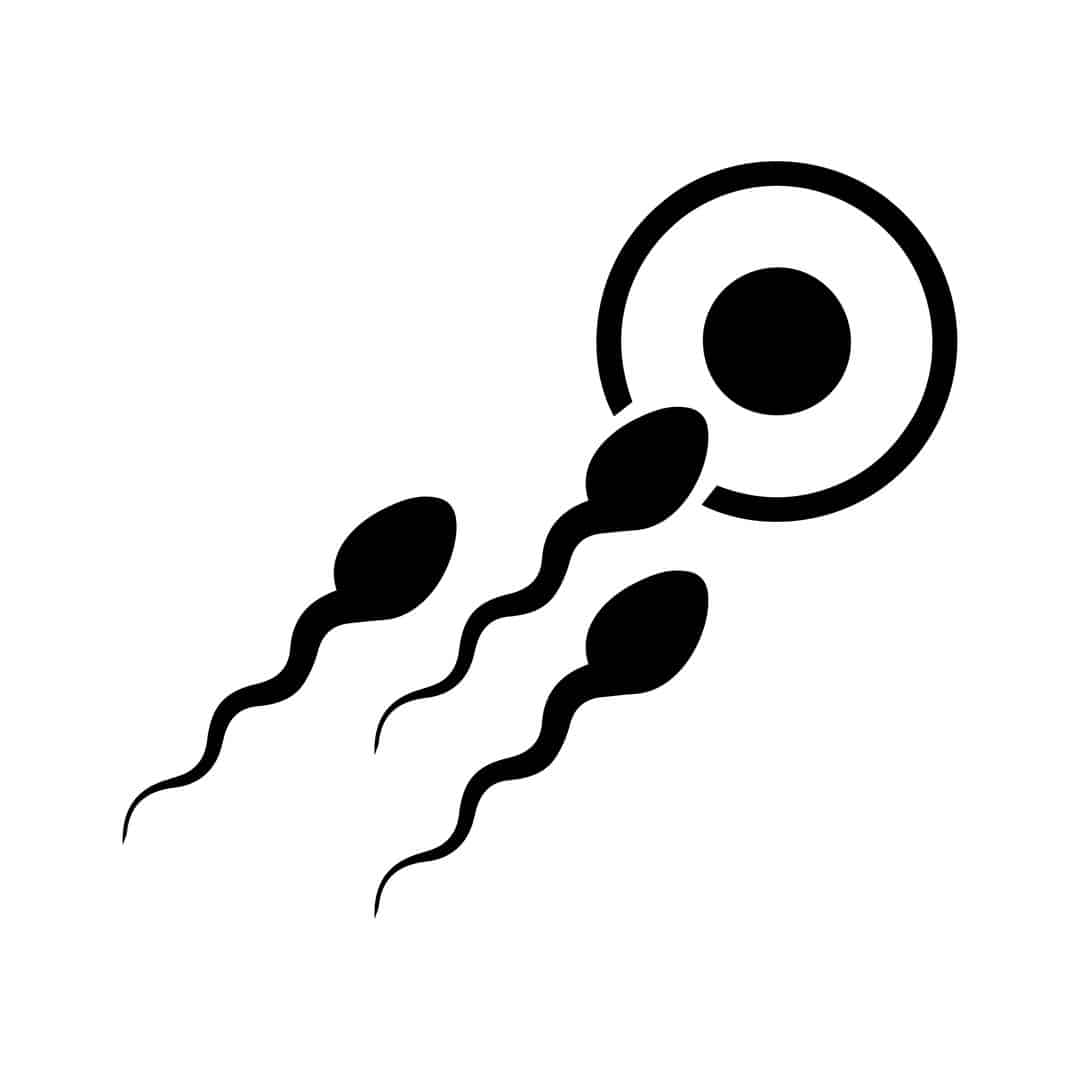 Now that we know the names of the major structures, we can take a look at what happens at the early stages of human reproduction.

The process of a mature egg being released from an ovary is called ovulation. Approximately once a month, one of the two ovaries will release a mature egg into a fallopian tube. From here, the egg will be pushed along by the cilia of the walls towards the uterus. Once the egg enters the tube, it travels at a rate of an inch every day or two, allowing it to reach the uterus in 4-7 days.

The released mature egg starts secreting a chemical called progesterone, which signals to the uterus that an egg has been released. In response, the uterus starts thickening its walls to prepare it to receive a fertilized egg.

Sperm typically enter the female reproductive system by ejaculation of semen into the vagina. Frequently, sperm contact a mature egg as soon as it’s released by the ovary at the far end of the fallopian tube away from the uterus.

Once a sperm penetrates through the outer surface of an egg, it fuses with it. This is the process of fertilization. The combined sperm and egg will eventually go on and divide to form all of the cells of a new human.

The fertilized egg spends about a week in its journey through the fallopian tube. As it enters the uterus, what started as a couple of single cells (the egg and the sperm) has now developed into an embryo comprising about 200 cells. The outer layer of the embryo is broken and the embryo cells directly contact the walls of the uterus.

Once fully implanted, the embryo starts producing a new chemical called human chorionic gonadotropin (also known as hCG). It is this chemical that is used by home pregnancy tests to determine if a person is pregnant. It takes about three to four days of the embryo producing hCG before most over-the-counter tests can detect it.

From here, the embryo will continue developing until it produces a full-term baby.

Though definitions of conception do vary, it’s generally held to occur within the first few weeks after sex. After a few weeks, the timeline for conception will have passed and you’ll be able to confirm whether or not it has occurred with most good home pregnancy tests. Huge changes occur to both you and the fetus in the days and weeks after conception, so be sure to eat well, get plenty of rest, and avoid dangerous substances if you think it has occurred.