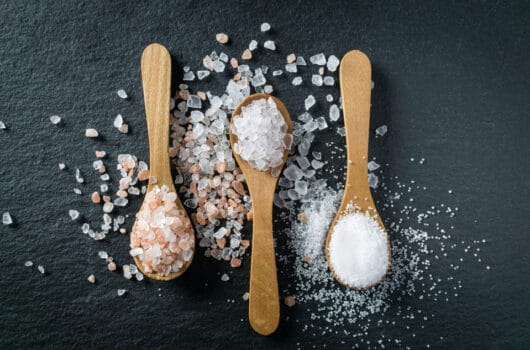 Salt adds flavor to food and is, honestly, rather addictive. Americans frequently add too much salt to their meals. In fact, the Dietary Guidelines for Americans recommend a sodium intake of less than 2,300 mg per day; however, studies have found that most Americans consume an average of about 3,400 mg of sodium per day consistently.

Everyone knows that pregnant women need to consume more nutrients to support their baby, but does that include salt? Do women need to eat more salt during pregnancy or do they need to lower their salt intake?

In brief, yes, salt is safe during pregnancy as long as you don’t consume it in excess of typical amounts. In fact, some amount of salt is essential to a healthy pregnancy. You really don’t need to adjust your salt intake while pregnant, unless—like many people—you already consume too much.

How Much Salt Do I Need During Pregnancy? 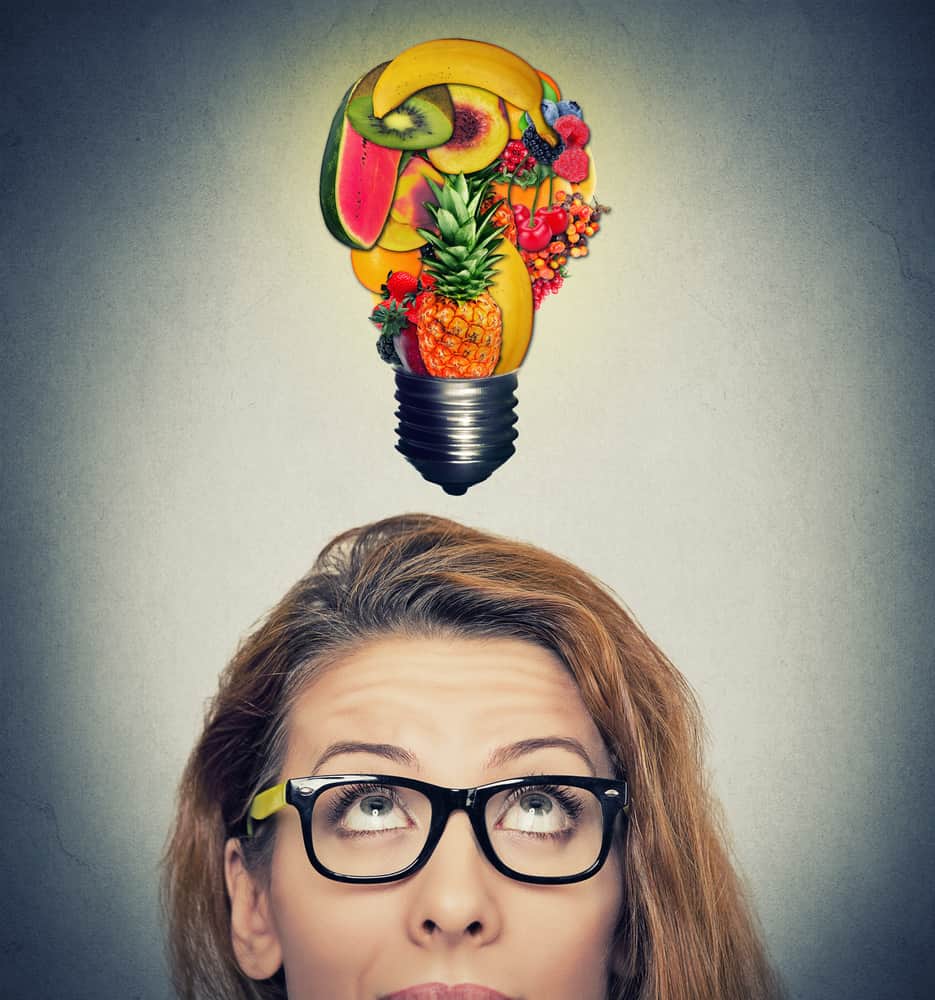 Surprisingly, the amount of salt that you need during pregnancy is the same as if you’re not pregnant. Salt is not one of those minerals that you need more of. This means that you should aim to get about 2,300 mg of salt a day as mentioned above, and try not to exceed this amount.

Sodium is needed to regulate fluid and pH levels within the body, so it’s still rather important during pregnancy. If you don’t get enough sodium, your body won’t be able to function properly. You’ll notice that your muscles, nerves and organs start to malfunction. During pregnancy, sodium helps to keep everything in balance for both you and your child.

Understanding the Different Between Sodium and Salt

That’s because salt is made of much more than just sodium—chloride makes up most of the remainder, but some salts also have other trace ingredients. Some nutrition labels will provide only information on the amount of sodium in your food. Others will provide information on how much salt is in your food. If the nutrition label only has the sodium content listed, multiply the number given to you by 2.5 to determine how much salt is actually present.

If you see sodium-free or salt-free on a package, it doesn’t necessarily mean that there’s no salt or sodium, respectively. Rather, it means that no salt was added—natural sodium may still be present. Take a look at the table below to get a better understanding of what salt and sodium-free means.

If you’re purchasing salt for home use, you might notice that some salt is fortified with iodine. Iodine is necessary for your baby’s brain development. Insufficient iodine can lead to pregnancy complications and birth defects.

Studies show that pregnant women need more iodine when they are pregnant. They should get anywhere from 220 mcg to 290 mcg of iodine while pregnant, and over 290 mcg if they are nursing. If you purchase iodized salt, you might not need to purchase iodine supplements. You can also get the nutrient if you eat a healthy, balanced diet with foods that are rich in iodine, like fish, eggs and shellfish.

Issues With Eating Too Much Salt

Too much salt will lead to water retention and bloating. Your face, hands, legs, ankles and feet are more likely to swell up. Since swelling is already a symptom of pregnancy, additional swelling can be really uncomfortable. The excess water that is being held in your body may also increase your blood pressure, forcing your body to work a lot harder than it has to. During pregnancy, your body is already under a lot of stress.

Last but not least, some studies have shown that too much salt intake may cause your baby to have an increased risk of developing renal or cardiovascular diseases not only while they’re in your womb, but after they’re born. Too much salt appears to have a long-lasting impact on your baby’s health. 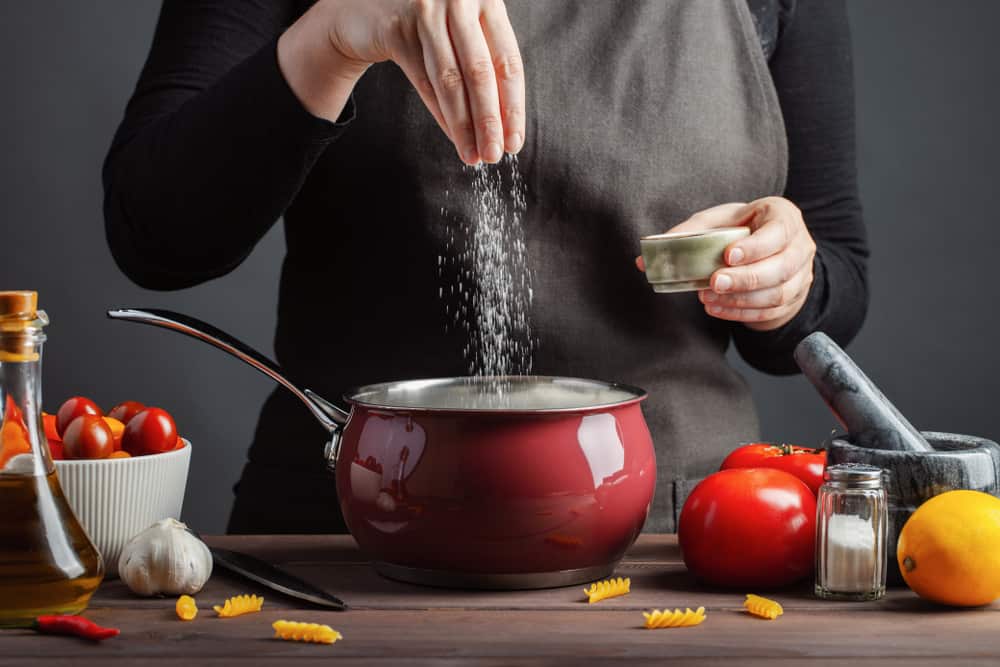 Chances are that you have too much salt in your diet. While the effects of eating too much salt may be negligible or not too problematic, you should still make an effort to eat as healthily as possible for both you and your baby. Cutting down on salt can improve your mood and make you feel more energetic.

You can reduce your salt intake even when you cook at home or eat out at a restaurant. Here are some tips on how you can do that! 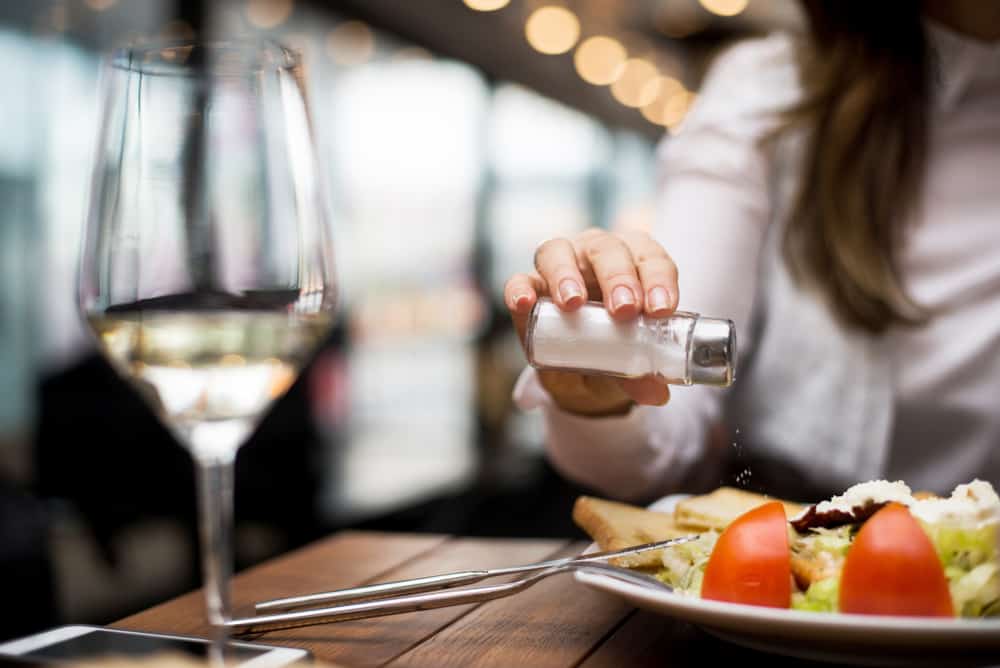 It’s much easier to control your salt intake when you cook at home. You can control how much salt you add to dishes, and you can always look for substitutes. When shopping for ingredients, you can also get a better idea of how much salt is in different types of sauces or dressings. Let’s take a look at some tips and tricks on how you can lower salt intake when cooking at home.

Sprinkling salt onto a dish may seem like the easiest way to add flavor, but don’t just rely on salt to season your food. There are so many other spices that you can try out. Expand your palette with the following spices:

By using more spices in your cooking, you’ll be able to go easier on the salt.

You might not realize it, but salt is hidden in many foods that you eat regularly. Some common foods that you’ll find a lot of salt include:

Make it a habit to check the nutrition label of your food items before you buy them. You’d be surprised by how much sodium can be found in a lot of things.

If you add salt as you go when you’re cooking, you’re much more likely to add a lot more salt than you need. If you’re trying to reduce salt intake during pregnancy, try adding salt only at the end, and do so sparingly. You’d be surprised by just how little salt you actually need.

Keep in mind that adjusting to a low salt diet can take some time. You might find that you need to add quite a bit of salt to your dish in the beginning; however, if you try to cut down on the salt more and more day by day, you’ll get to a place where you won’t need much salt to enjoy your meal.

Last but not least, consider rinsing foods that contain a lot of sodium. This works great with canned foods, like canned beans and tuna. Instead of eating it as-is, rinse off some of the water and the salt before incorporating these ingredients into your meals. The same can be said for canned vegetables. Wash them or purchase fresh or frozen alternatives instead as they contain no added salt.

Avoid Salt When Eating Out 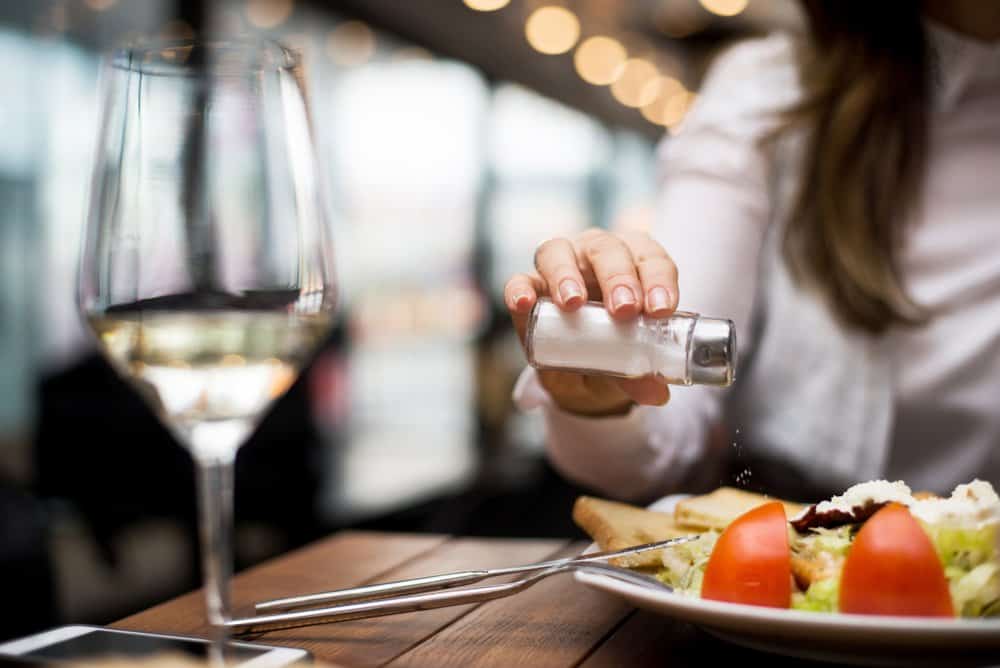 Get Sauces and Dressing on the Side

If you order a salad or a steak, get your dressing and the sauces on the side. The dressings and sauces often contain a lot of sugar and salt. The truth is that you don’t actually need to drench your steak with sauce or your salad with dressing in order to enjoy it. If you get the sauces and dressings on the side, you’ll notice that you only need a little bit. You also have more control over how much salt is consumed with every meal.

Barbeque, roasts and even stews often have a lot of salt in them. Ask your server whether they have any salt-free options or whether they can prepare your choices without adding any salt. Most restaurants will be more than happy to accommodate your dietary needs. You should also consider ordering plain steamed, boiled or broiled menu items whenever possible, as they typically contain a lot less salt than fried foods or foods with sauces.

Watch how much salt you’re consuming when pregnant. You should try to reduce your salt intake to reduce swelling and bloating. Too much salt can also be harmful to your baby. This is a good time to make lifestyle and dietary changes that will be beneficial to you in the long run. If you learn how to reduce your salt intake when you’re pregnant, you’ll normally be able to continue these habits even after giving birth.