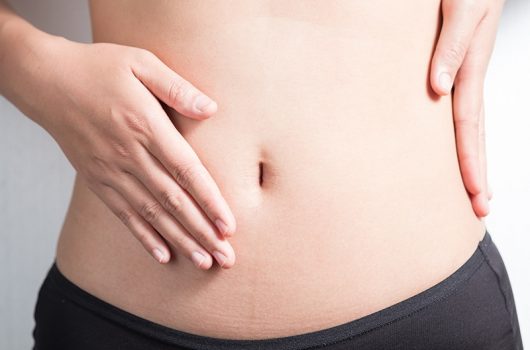 Are you ready to get pregnant? If so, you need to know about the ovulation symptoms that indicate the perfect time to conceive. A surprising number of women still don’t really understand their ovulation cycles, and since they’re different for every single woman, it’s important to know the key signs to look out for that suggest a good time to try conceiving.

If you know the ovulation symptoms to be aware of, you’ll have a better chance of timing sex accordingly so that your chances of pregnancy are higher. Even if you don’t want to conceive just yet, understanding the ovulation symptoms will help you to understand your menstrual cycle better and could even help you to avoid pregnancy in the long-run. You’ll also be more aware of any possible abnormal symptoms that could indicate a problem that needs addressing.

In every monthly menstrual cycle, a healthy couple using no birth control has, on average, a 25-30% chance of becoming pregnant, although this may vary depending on their individual circumstances. Although those figures may look low, bear in mind that it’s only possible to conceive when you’re ovulating, and this window is very small – just 12-24 hours every month.

If that doesn’t sound very encouraging, it’s important to remember that sperm can survive for much longer than the egg and can fertilize the egg even if you had sex several days before ovulating. It takes a single sperm to create a baby, so having plenty of sperm around to meet your egg as it’s emerging is the best way to ensure a successful conception. It makes sense, though, to have sex on the day of ovulation as, after that time, the window usually closes until your next cycle begins. That’s why it’s so essential to be aware of the ovulation symptoms you need to spot.

Ovulation – What Is It?

The term “ovulation” is used to describe the release of a fully matured egg from an ovary. This occurs each month. Women are most fertile when they’re ovulating. Each woman has millions of eggs from the moment that she is born. These eggs are immature and are waiting to mature and then be released, usually singly, each month. During the ovulation process, the egg will travel down the woman’s fallopian tube and possibly meet a sperm to fertilize it. In most healthy females, ovulation occurs once per month, a couple of weeks after their menstrual period starts.

When Is Ovulation Likely to Occur?

Usually, ovulation happens around halfway through the menstrual cycle, on approximately day 14 in an average cycle of 28 days, when counting from the first day of a period to the next one’s first day. However, no two women are the same when it comes to ovulation. Cycles may last between 23-35 days and even an individual woman’s own cycle and ovulation date can vary slightly between months. In an average case, ovulation will occur between the 10th and 19th day of a cycle, which equates to about 12-16 days before their next period begins. For most women, ovulation will occur 14 days before the first day of their next period, so in a 35-day cycle, ovulation should occur on cycle day 21. On the other hand, in an average 21-day cycle, ovulation should occur on day 7.

When you’re pregnant, are taking birth control or have been through the menopause, you won’t ovulate. There are also some disorders and diseases that impact on ovulation, including premature ovarian failure and polycystic ovarian syndrome. Some medications including chemotherapy, anti-nausea medications and antidepressants also suppress ovulation for extended periods. There are also lifestyle factors that come into play when it comes to ovulation – being very overweight or underweight, or being under extreme stress, can affect ovulation negatively. Most women who exclusively breastfeed their baby won’t ovulate, but every rule has its exceptions, so don’t rely solely on breastfeeding to prevent yourself from becoming pregnant again. Introducing your little one to occasional bottles or other foods can cause ovulation to resume so you’ll need to use birth control appropriately if you want to avoid getting pregnant very quickly after giving birth.

It’s wise to familiarize yourself with your own body’s menstrual cycle so you can have a good idea of when to expect ovulation to occur for you. Track your periods for 3-months minimum before trying to conceive so you can see patterns emerging. If your menstrual cycle is irregular or if you have a cycle that is very short (under 21 days) or very long (over 35 days) you should see a doctor so medical conditions could be ruled out that are causing your irregularity. Although tracking your ovulation if you have an irregular menstrual cycle can be a challenge, remember that – in most cases – ovulation will occur 14 days before your next period begins. This means that, even with an irregular cycle, you’ll still have a chance of conceiving during your cycle at some stage.

The Ovulation Process – an Overview

The process of ovulation can be defined by a period during which hormones are elevated during a woman’s menstrual cycle. There are three distinct phases:

The Ovulation Symptoms to Be Aware Of

There are seven key ovulation symptoms to be aware of. These include:

Can Ovulation Be Predicted?

There are several methods that can be used to predict ovulation:

Persistence and Patience Is Key

Remember, persistence and patience are vital when you’re keen to conceive, and it can never be guaranteed that you’ll conceive even when you know for sure that you’re ovulating. However, knowing the ovulation symptoms to be aware of in advance can help you time sex right so that you’ll have the best possible chance of getting pregnant.